Skip to content
T-series is India’s largest music label and movie studio and they’re on a mission to really bring people together through music in their own words, they say this. We believe after silence nearest to expressing. The inexpressible is music so all the music lovers who believe in the magic of music come to join us and live the magic of music with T-series. Hey what’s going on all the amazing T-series and Bollywood lovers welcome to Lyricspadle.blogspot.com, this is a blog article where we will know exciting facts about T-series. 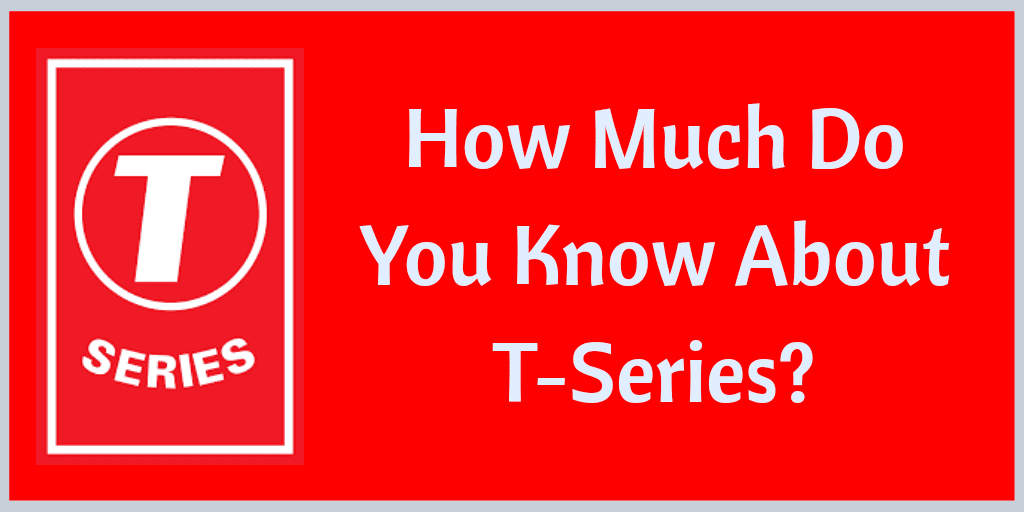 Look at some of the histories and really some of what T-series is known for because they are an unstoppable force because what T-series is doing is really highlighting south Asian culture and bringing it to the world through music and movies and they’re doing an amazing job at it.

Let’s start talking facts about T-series, there’s a question that I’ve been asking for a very long time. I’m sure you’ve asked it as well but what does a tian’s T-series even stand for the TNT series means? Trishul now Trishul is a symbol of the lord shiva the founder of T-series Gulshan Kumar was very devoted to lord shiva and Gulshan Kumar was one of the most religious businessmen in Bollywood and yeah, as I just mentioned T-series was founded by Gulshan Kumar and this was back in the year 1983 his real name is Gulshan Kumar dua.

He was born on may 5th 1951 in new Delhi India. Before launching T-series Gulshan had worked with his father Chandrabhan Kumar dua and they sold fruit juice and with Goshen growing up in a very religious household he, of course, became a very devoted follower of the shiva tradition of Hinduism so we know what the TNT series stands for but the company’s name isn’t actually T-series it’s actually called super cassettes industries private limited and they just use the name T-series as their business name it’s a lot easier to say like hey subscribe to T-series rather than you subscribe to super cassettes industries privately.

You know people are gonna click away before you even finish saying the name even this family acquired a shop and started selling records and cheap audio cassettes they received great profits and looking at this Gulshan Kumar started producing cassettes themselves. Today T-series is not just known for distributing Bollywood content but also for producing their own original content but did you know that it wasn’t always like that how to series got its start was that they started selling?

Pirated Bollywood content that’s how they made their money to start and luckily they never got shut down because we would not have T-series as the way we have it today but it wasn’t long before T-series got into producing their own original content because they released her first original soundtrack in the year 1984. In the year 1990 T-series gained a massive amount of popularity when he releases soundtrack for the very successful romantic movie aashiqui and for those of you don’t know as aashiqui means romance in English. The film received a lot of love from the audience and the music in this Bollywood film was even more successful because the soundtrack sold 20 million copies and currently it’s still the second highest-selling Bollywood album ever.

Unfortunately on August 12, 1997, the founder of T-series Gulshan Kumar was shot and he later passed away outside of the temple in Andheri Mumbai India and the people responsible for his passing was the D Company after Gulshan Kumar was no longer with us T-series had to be managed by his younger brother Krishan Kumar as well as Gulshan Kumar son Bhushan Kumar, when Bhushan Kumar took over T-series a little over two decades ago he was just 19 years old and even though his older uncle Krishan Kumar was heavily involved in T-series as a company a lot of people in the company really had to deal with like wow here we have this kid. That’s like promoted to the top of his company and there are people of course that were a lot older than him so you know, they took them some time to really get used to that this guy was so young and he’s leading us.

However very quickly Bhushan Kumar asserted his position in the company and yeah just look what t series became today. T-series is the largest producer and publisher of music and videos in india. It has published original soundtracks of movies old devotional pageants remixes from 1960s to 1990s the kind of growth that T-series also experiences has a lot to do with the indian users. It’s not the only factor in T-series growth, but it is a factor that plays a big role.

India is one of the world’s fastest growing economies and people aren’t coming online in large amounts. In summer of 2018 the internet users in india reached 500 million and that’s still only a third of the country’s population, not to mention the millions of indians that immigrated to different countries around the world that still tune into T-series and with that said you see that T-series youtube channel has over 114 billion views as well as 114 million subscribers which makes them the most subscribed youtube channel in the world.

T-series is the most subscribed youtube channel in the world it is not the only channel that belongs to T-series the company’s considered a multi-channel network which means that they’re able to manage different channels and approximately right now they have about 29 channels under them and they all have millions of views, so that adds to the total amount and subscribers at t-series has on a whole although yes of course, you do have to look at individual channel performances but t-series has a much bigger reach online than their main channel indicates due to their other channels.

Get Connected with Us